What is 4G VoLTE [Voice Over Long-Term Evolution] 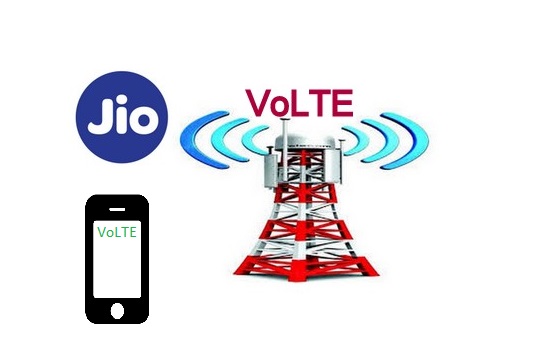 In the last few decades, Mobile Wireless Communication networks have experienced a significant change in form of the nature of the system, speed, technology, frequency, data capacity, latency etc. These changes consist of a number of generations called G and are still going on. Each generation has some standards, different capacities, new techniques and new features which differentiate it from the previous one. The journey of mobile wireless communication began with 1G followed by 2G, 3G, 4G-LTE,4G-VoLTE and under research upcoming generations 5G.

A brief history of 1G to 4g-VoLTE:

The first generation (1G) mobile wireless communication network was analog and provide only voice calls. 1st ever digital technology in the mobile communication network was commenced in the second generation (2G). It also supports both voice call and text messaging.
1G and 2G technology are developed with aimed to facilitate only calling and messaging. But those technologies did not provide high-speed data. To facilitate high data transmission along with along with voice call and messaging, third-generation (3G) mobile technology is introduced. To increase data capacity and provide multimedia support, an updated version of 3G is developed this named as fourth-generation or 4G LTE. It provides high-speed data compared to 2G and 3G.
But 4G is not an optimum technology for mobile communication as it is not able to provide high-quality voice. To do away with this, new technology is introduced named VoLTE. It is a combination of 4G-LTE and High-quality voice services.

VoLTE or Voice Over Long-Term Evolution is a technical specification that uses IP network for delivering voice communication and data over 4G LTE networks. 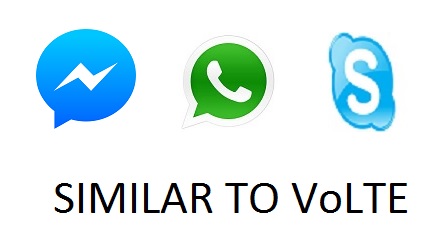 VoLTE primarily works on IP-based networks and only supports packet switching. It is similar to VoIP or voice over Internet Protocol, the same technology is used in internet voice applications such as WhatsApp, Skype, Messenger etc, those converted voices into small data packets and transmit these data packets over the broadband connection.
Similarly, VoLTE chops up voice calls into small data packets and then routes them over the Internet like any other data unit, such as an email or text message.  VoLTE uses single data network for transmitting voice and data that makes it more efficient and cost-effective than circuit-switched voice networks like 2G or 3G because it enables service providers to manage one data network rather than separate ones for voice and data.


What differentiate VoLTE from others:

Circuit switching is used in traditional 1G,2G,3G or 4G-LTE network. Here Voice is broadcasted as microwave radio signal along with a separate channel. As a result, two channel are used separately within a network, one for data and another for the voice call.
Whereas in VoLTE, voice is broadcasted as data packets within a single data network. Because VoLTE uses IP Multimedia Subsystem or IP Multimedia Core Network Subsystem (IMS).That enables IP packet-switched Over the network instead of conventional circuit switching. This approach provided HD call facilities over a single 4G data network.
Also, VoLTE uses packet data optimization technique that actually frees up the bandwidth because VoLTE’s packets headers are smaller than those of unoptimized. As a result, VoLTE has up to three times more voice and data capacity than 3G UMTS and up to six times more than 2G GSM.

Like anything VoLTE also have some disadvantages, those are

Introduction of VoLTE technology made a big impact on various telecom industries. As in  India, Reliance introduced 1st ever VoLTE service which completely changes the picture of every telecommunication sector. In short impact of VoLTE technology brings renaissance.
Although, there is a new technology,5G yet to come out.5G technology has extraordinary data capabilities and has the ability to tie together unrestricted call volumes and infinite data broadcast. Trials have already started on 5G which may lead to its commercial availability around 2020.