Learn How to Move Apps to SD Card on Android Device 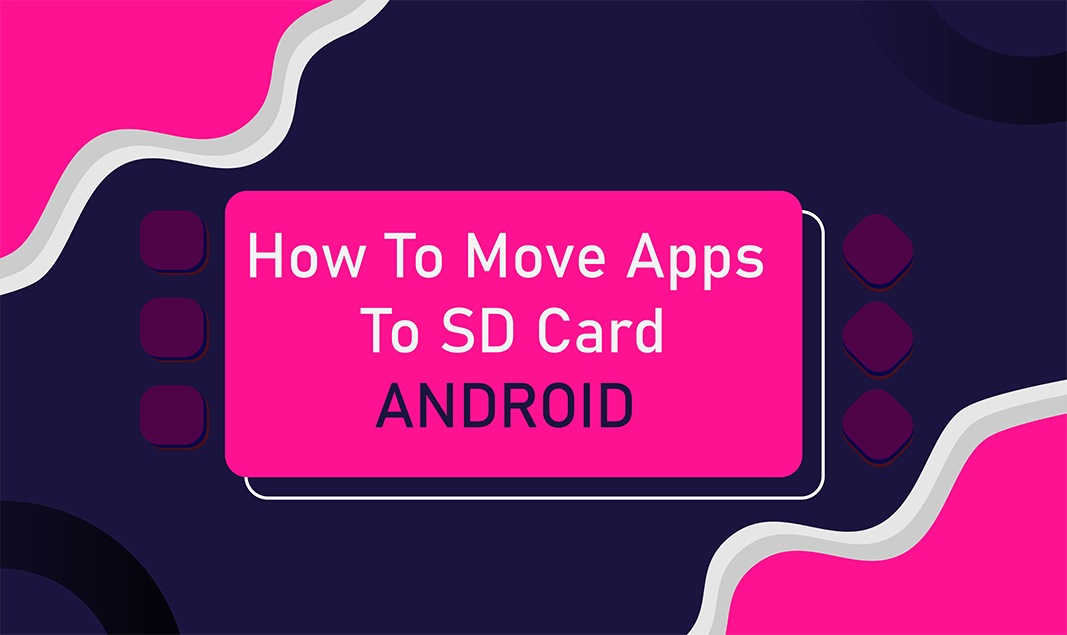 Storage capacity is a lingering issue for older, lower and even mid-range smartphones. Usually, these smartphones have a few Gigabyte internal storages where the operating system already occupy most of the internal storage. Hence, after aiding only a few apps, the internal storage gets full and the phone becomes slow. Also, you can not be able to install the new apps on your phone.
In this situation, you have two options to cope with running out of storage. The first option is to uninstall some apps and another one is to move the apps from phone memory to SD card. If you choose the second option then this post will be helpful for you. Here, you will learn how to moves apps to SD card on an Android device.
The ways to move apps to SD cards are different on rooted and unrooted Android phones. However, you may not get much flexibility to transfer the apps to the SD card on unrooted phones.On other the hand, you can move almost everything to the SD card, including apps on unrooted devices.

How to Move Apps to SD Card on Unrooted Android Device:

Since an unrooted device doesn’t provide administrator rights, hence you may face some limitations while you’re moving apps to SD card. However, some smartphone manufacturers have provided the option to do this. But again, the process is different for different unrooted android phones. Hence you have all of the below-described methods to find the workable one for your smartphone.

Android 2.2 or Android Froyo brings apps on SD card feature for the first time, till then this feature is there in all version of stock Android except Android KitKat. However, this feature is also available in some custom Android UI like One UI, Vibe UI, Optimus UI etc. Hence, if your smartphone runs on these custom UI, you can move the apps to the SD card without changing the SD card’s file system.

To move apps to SD card 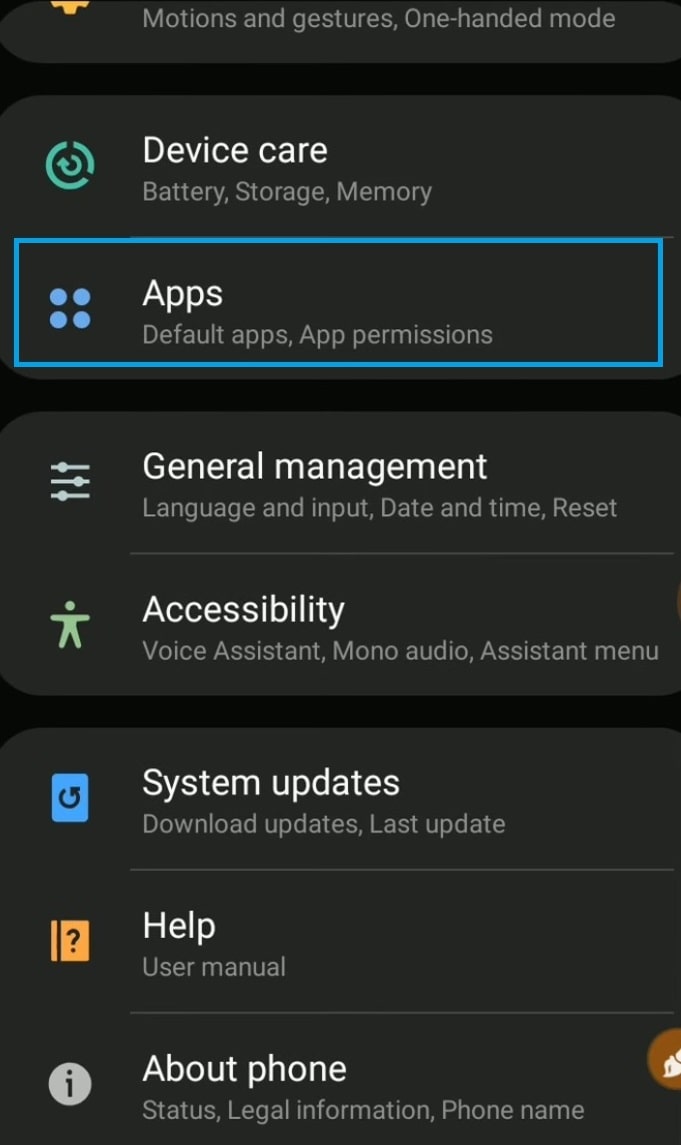 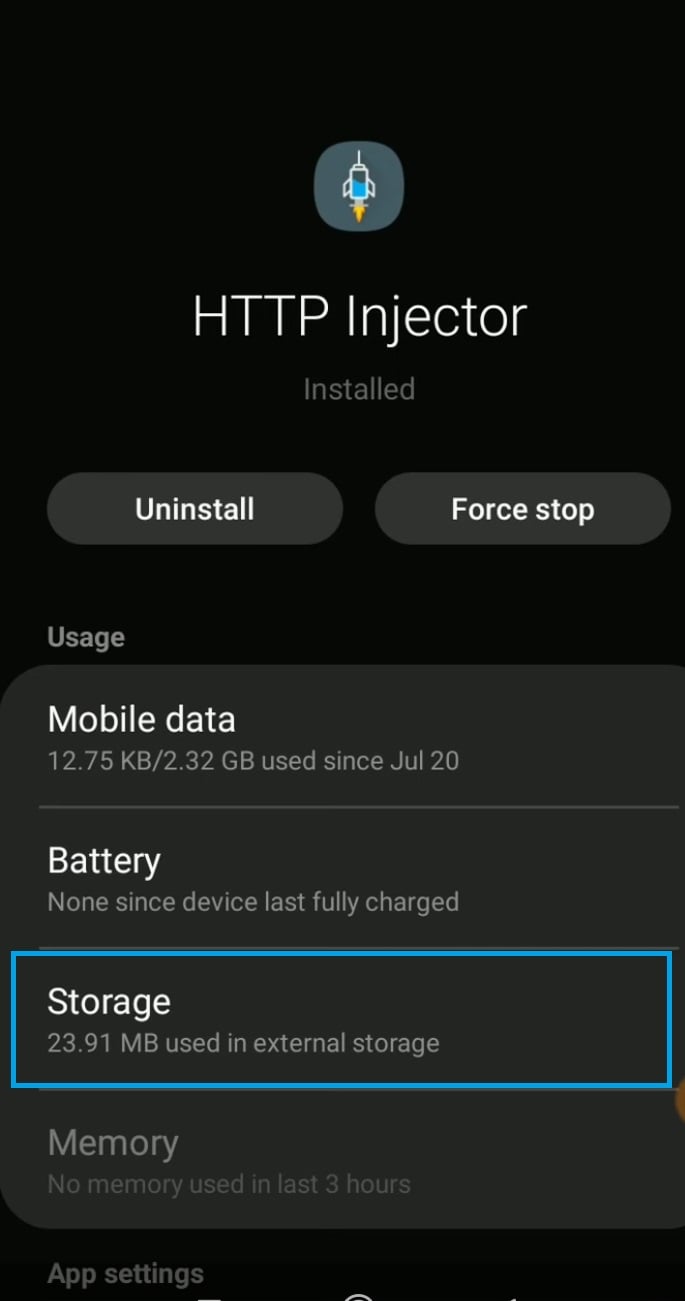 It is very easy to move the apps to SD card using Apps on SD card Feature as it doesn’t need root access. Though this feature has some limitation. For example

Adopt SD Card as Internal Storage to Move the Apps:

Google introduced a feature called adoptable or flex storage in Android Marshmallow. This feature can adopt an SD card to use as an extended phone’s internal storage. Adopting an SD card as the internal storage will let you install new apps (if the apps support this) directly on the SD card. In addition, this feature will also allow you to move installed apps to the SD card. Hence, if your device does not have the first feature, you can use the adopted storage.
Adaptable storage or flex storage has some downside. While you adopt an SD card as internal storage, The SD card is formatted as a local EXT4 drive, encrypted using 128 AES encryption and mounted as part of system storage. Hence, removing the SD card after adopted it as internal storage can affect the functionality and cause a factory reset to your Android device. Also, you can not be able to use the SD card on other devices.
Additionally, the adopted SD card needs to be speedy. So you must have at least USH 1 or class 10 memory card (USH 3 is recommended) in order to use it as extended internal storage.
Make sure to back up the data residing on the SD to cloud storage or computer before adopting your SD card as internal storage. The adoption process will erase all the data from the SD card.

Now to use the SD as internal storage: 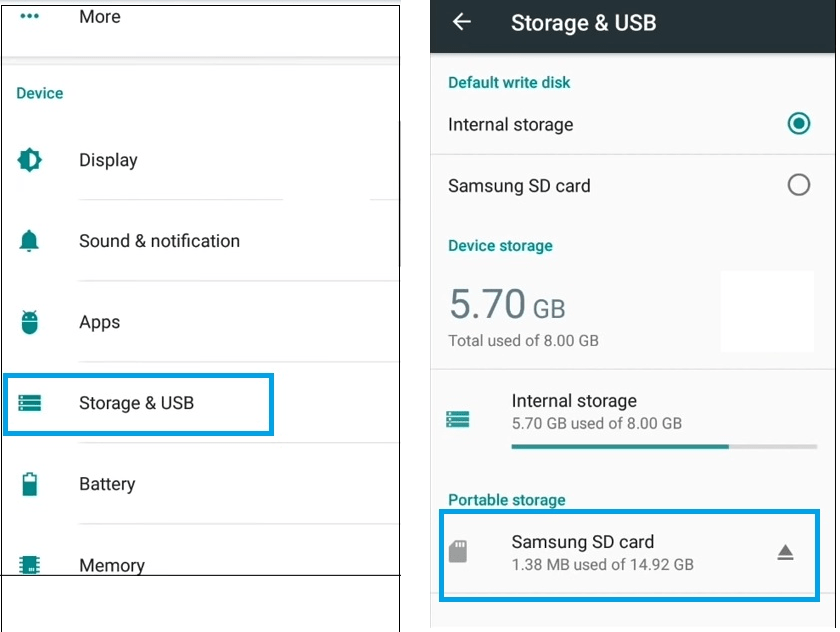 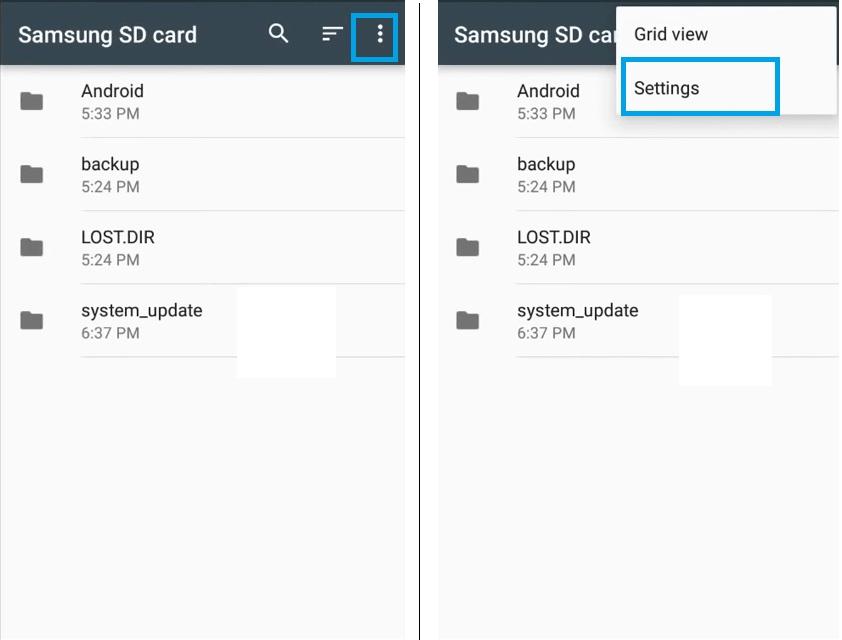 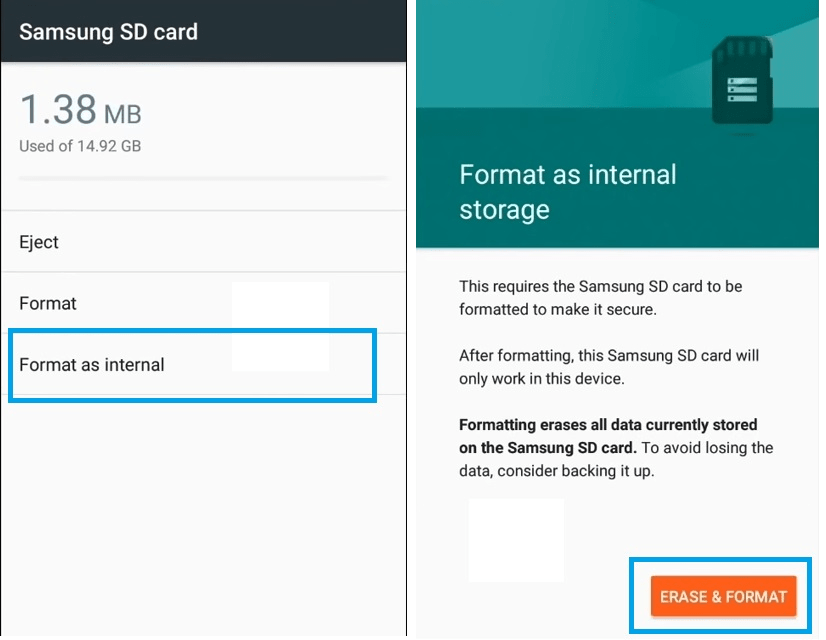 That’s it, the SD card of your Android device is now act as extended internal storage and you are now able to install apps directly on the SD card. Also, you can be able to move the apps from phone storage to SD card or vice versa.

If you want to turn your SD card into portable storage then you have to format it again.

Some latest Android skins like One UI, Realmi UI, MIUI etc. do not have any of the two features mentioned above. But these custom UIs come with the ” Force allow apps to write on external storage” feature. Though this feature does not allow apps to move to the SD card, it does allow any apps to install on the SD card. Therefore, if your phone’s internal storage becomes full then you can enable this feature to install new apps on the SD card.

Also Read: How To Unhide,Enable,Disable and Hide Android Developer Options

Now to use this feature: 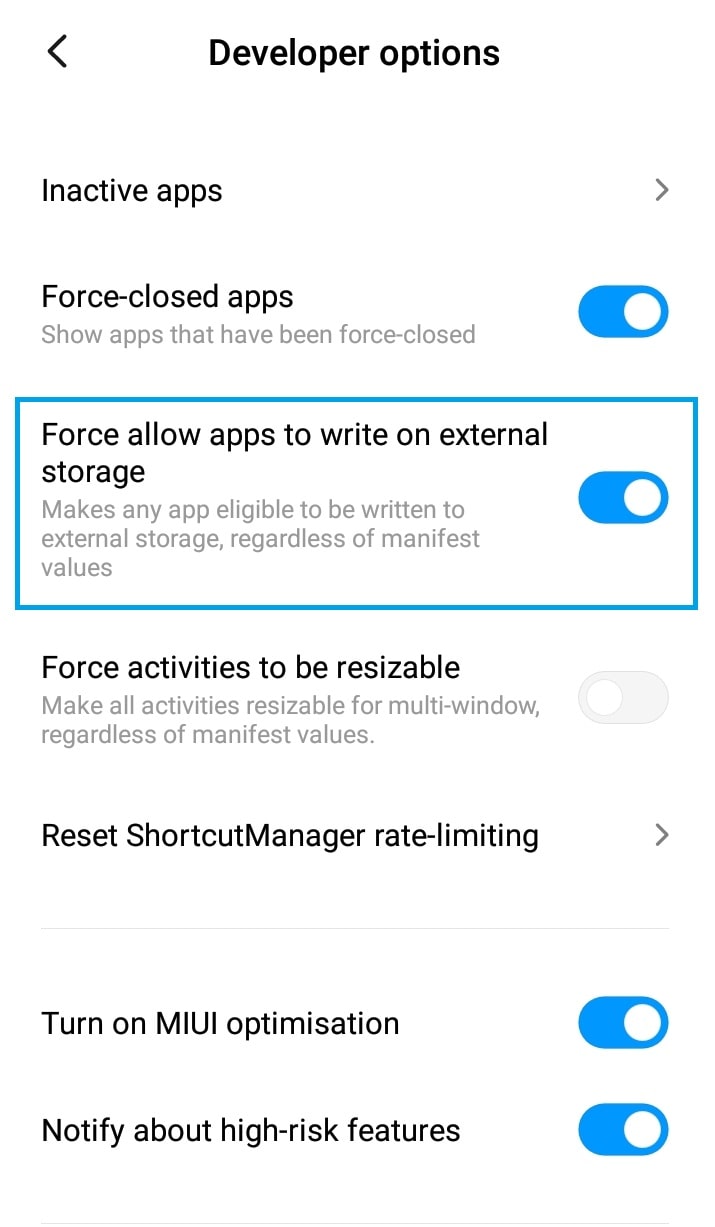 Remember that, this feature will work only after the phone’s storage become full.

How To Move Apps To SD Card On Rooted Device:

It does not matter which smartphone you use or what Android version your phone has. If your Android phone has root access, you can move apps to the SD card within a snap. It might be a more convenient option to move the apps to the SD card as it let you move any apps including system apps. However, some risks are there, those mainly caused by rooting the device. Ex- if you don’t follow the proper way while rooting then your phone may brick, also rooting may cause security breaches etc. Therefore, if you want more assistance with rooting your android device, you can read our post where I describe how you can root your Android device using the systemless root method.

You May Need This: How To Root Any Android Device Without Custom Recovery Like TWRP

Now, to move apps to the SD card on a rooted device, firstly, you have to adopt the SD card as internal storage. For this 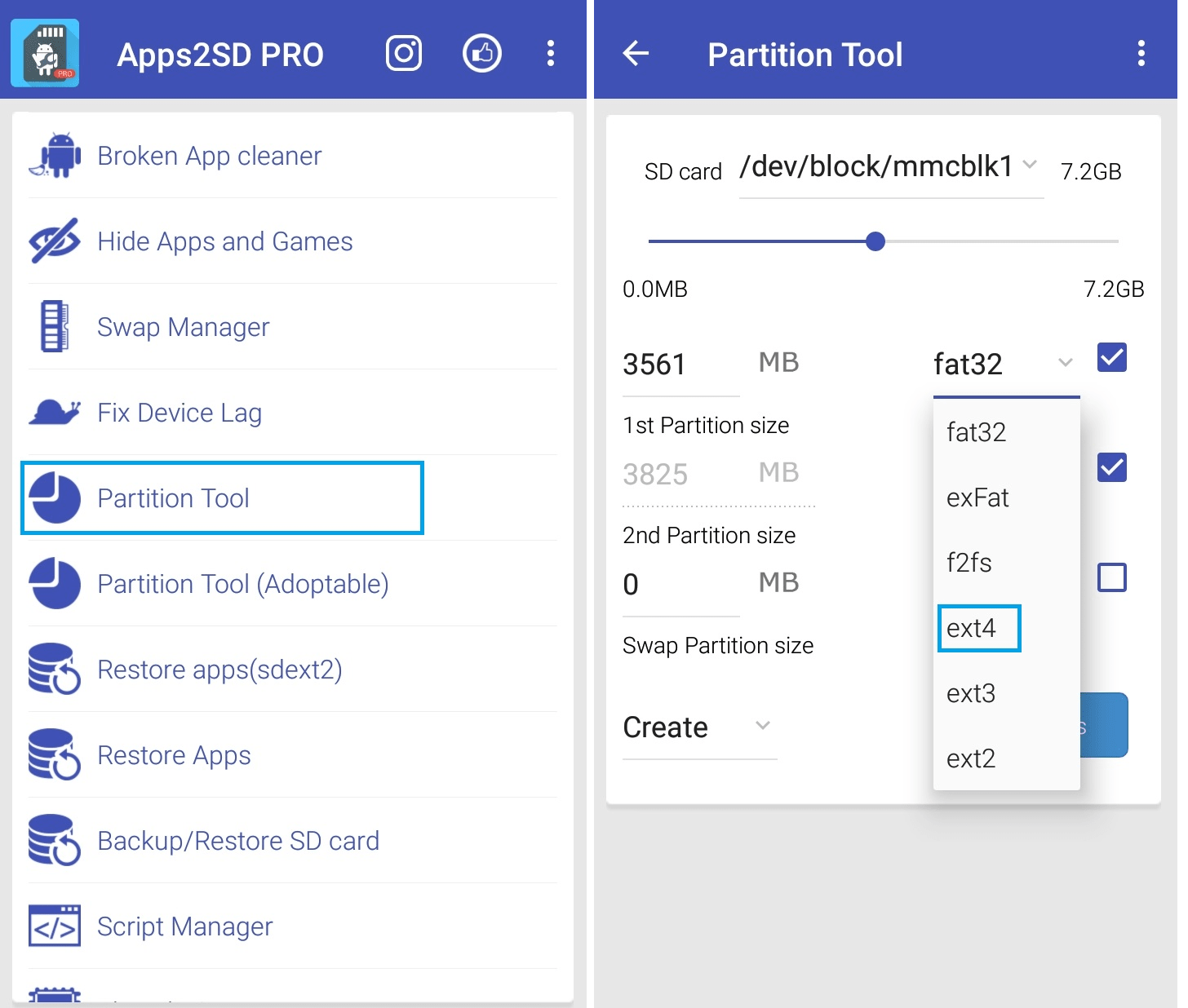 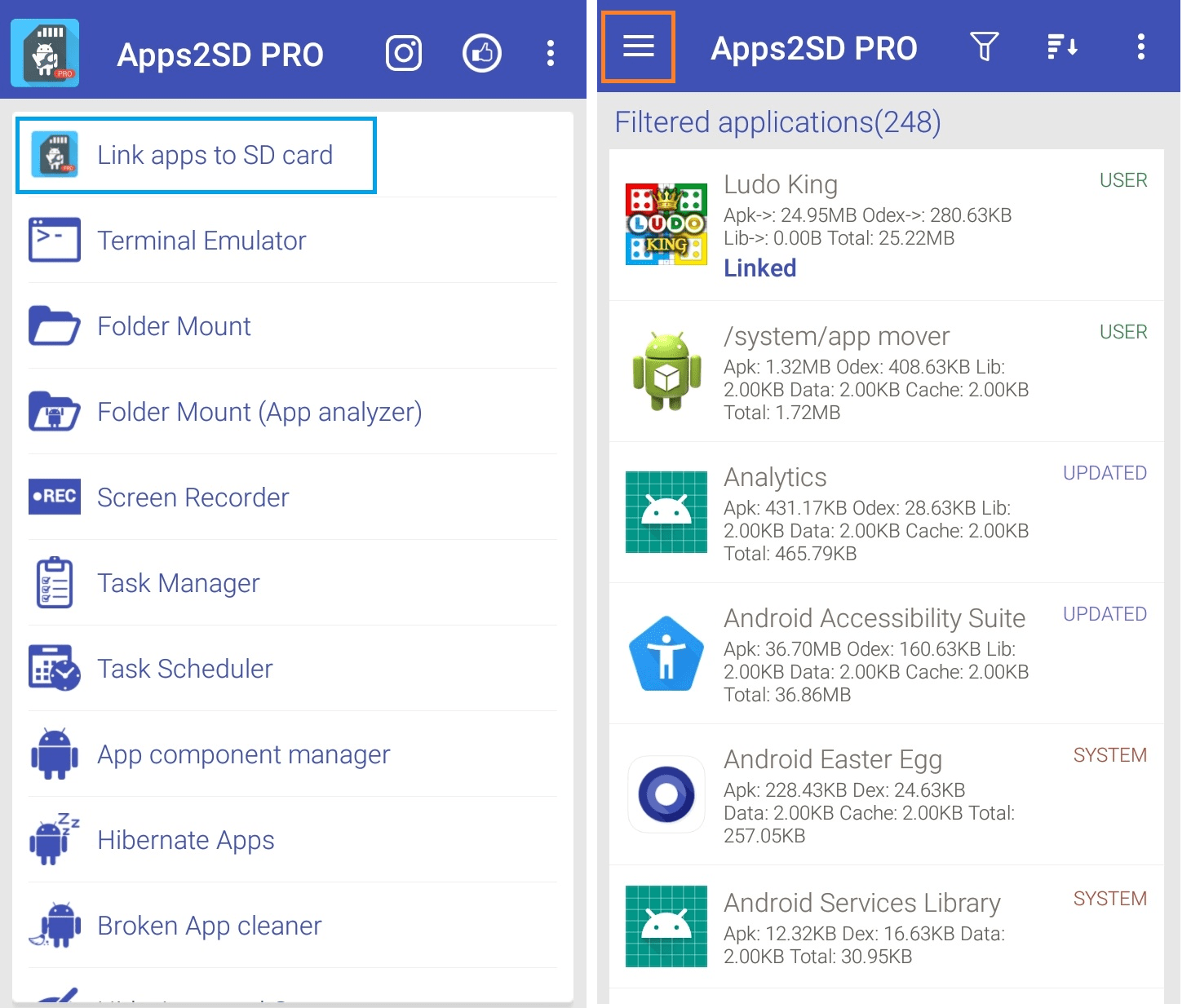 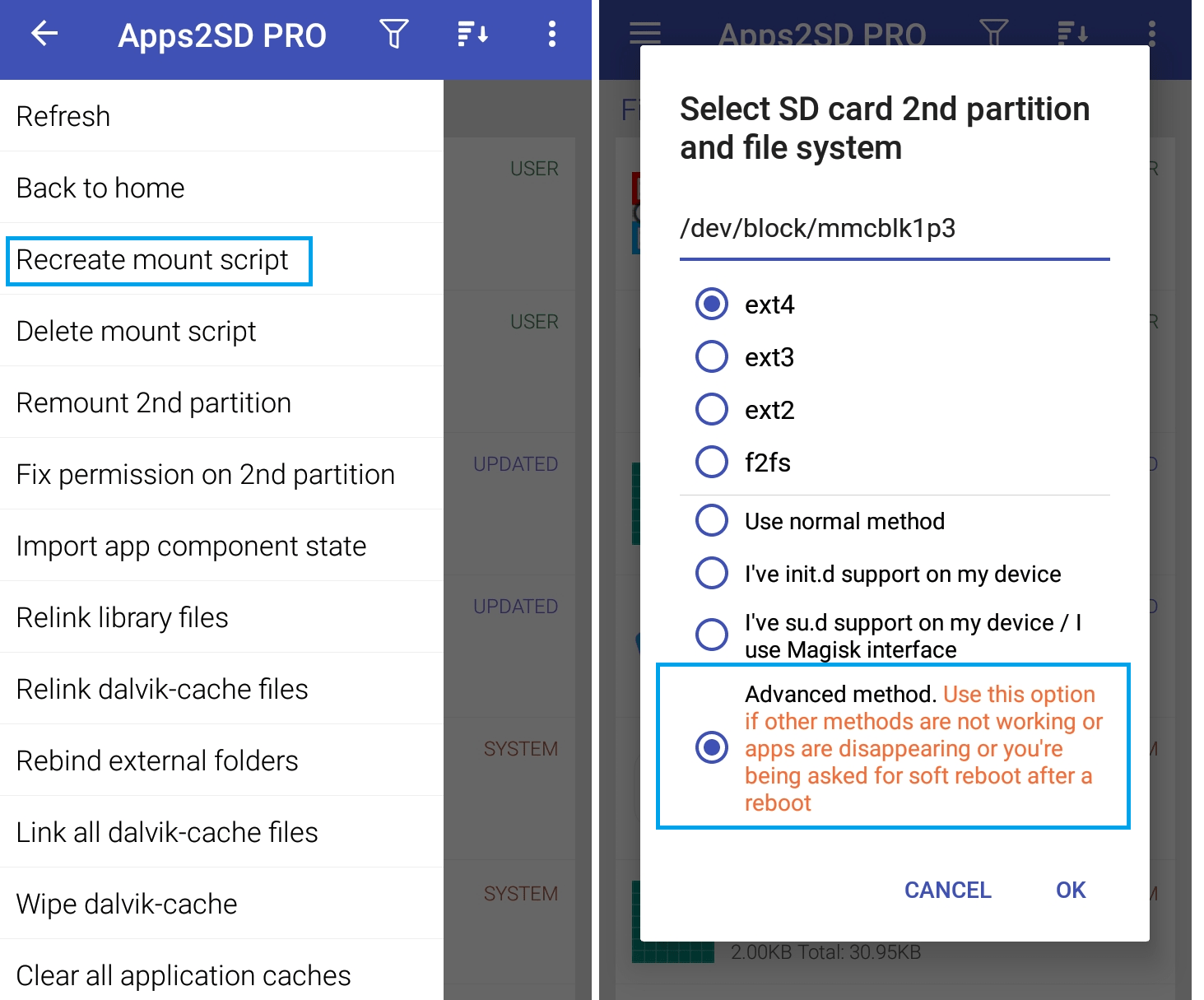 Once you complete the above steps, the SD card turns into adopted internal storage. 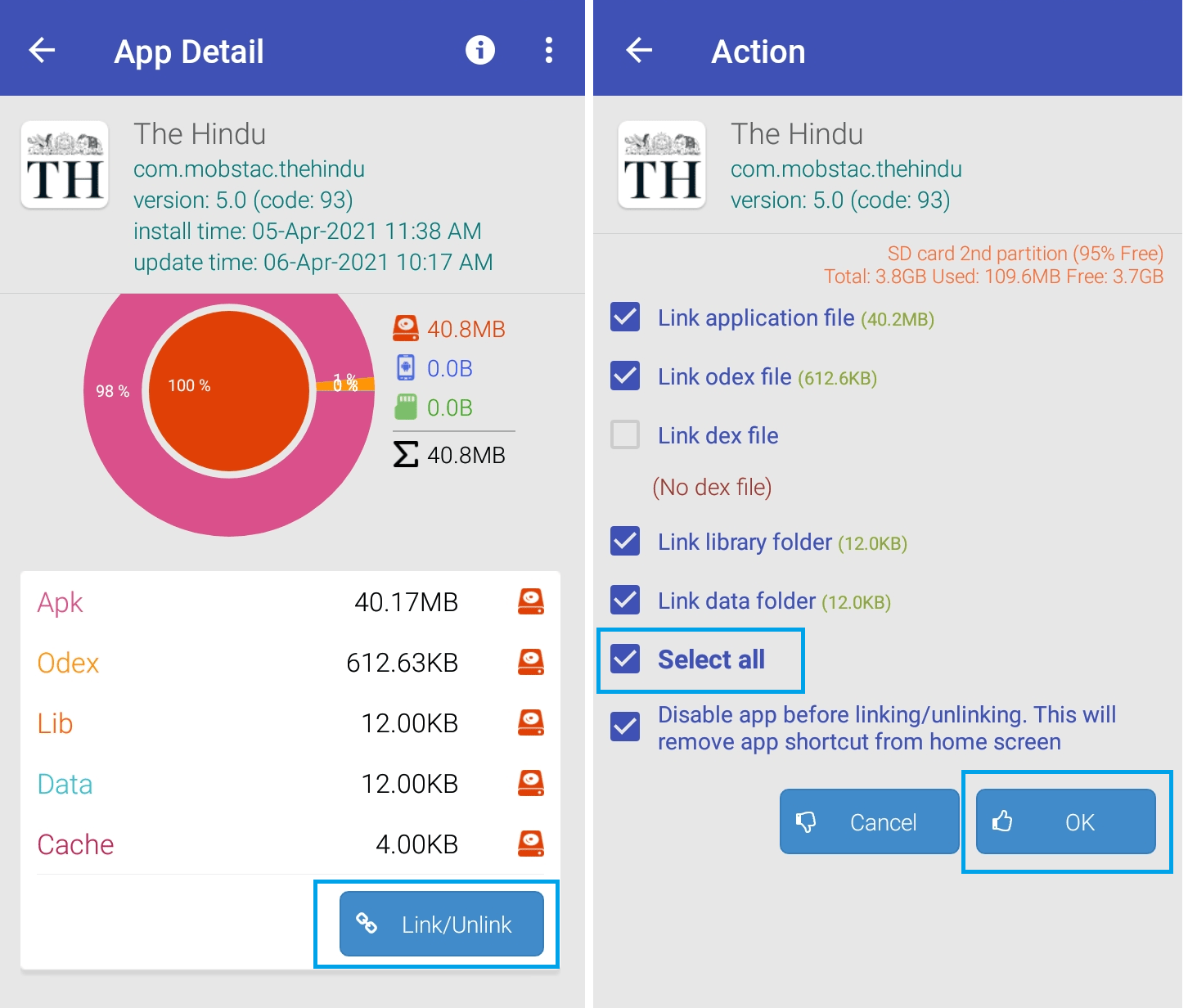 This process is reversible, which means you can move the apps to the phone’s internal storage. 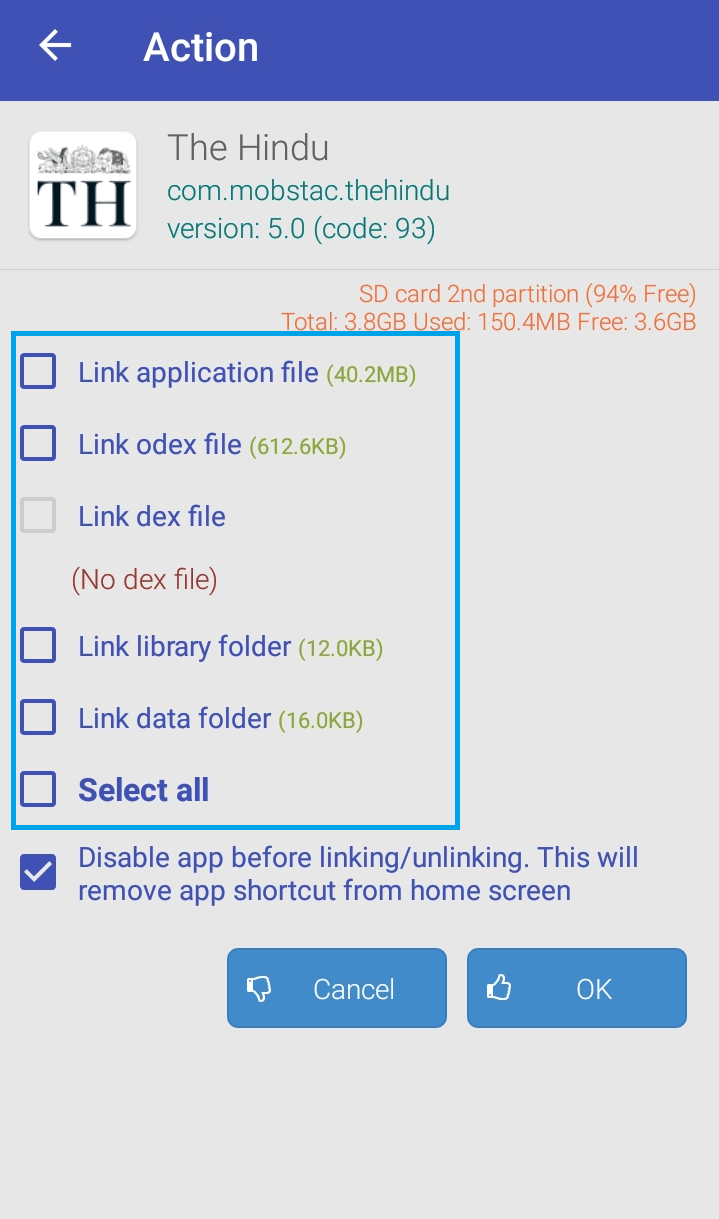 To set the SD card as the default install location 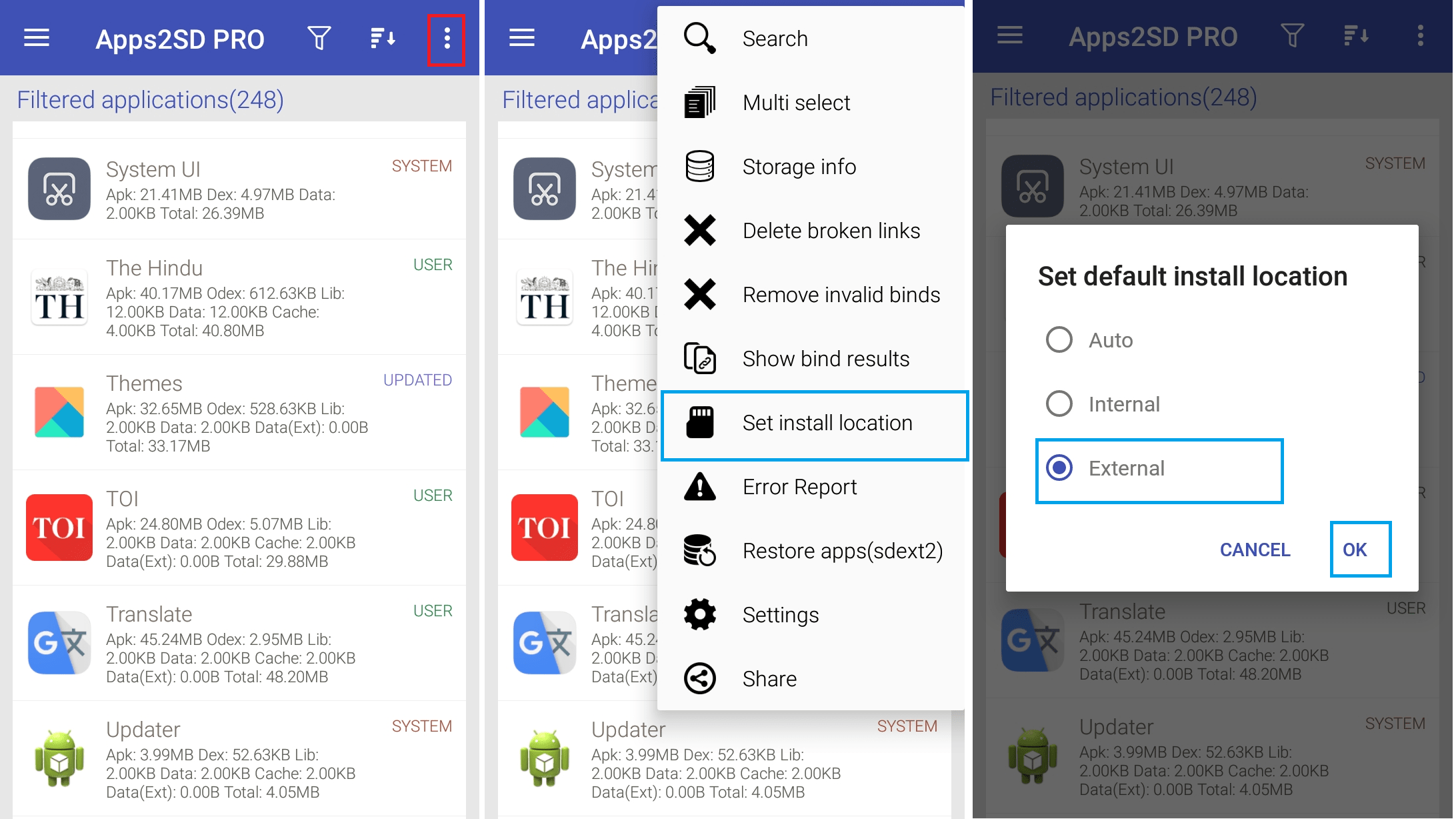 If you want the SD to act as portable storage again then you have to format the SD card.

Does Moving To SD Card Affect The Apps Performance:

Does the apps’ performance change after moving to the SD card? You might have this question in mind.

Moving apps to the SD card can free up the phone’s internal storage, which may boost the phone performance and lets you install more apps on your Android phone. Though moving apps to SD card has its downside too. If your use a slow SD card, the apps on the SD card may not perform well. Also, you can not remove the SD card until it contains the apps’ data. If you do so, your phone will execute an auto factory reset which can erase essential data. So if your phone memory gets filled up, then first try to free up space by uninstalling some unnecessary apps or moving media file to the SD card, keep move apps to the SD card as a last option to free the phone storage.

How to Transfer Telegram Stickers to WhatsApp